Robots and a raft of innovation can see an exponential improvement to patient care, precision, and quality of life.

The patient is lying down, anaesthetised, in the operating theatre. The tower – a robot with four arms – sits above. One mechanical arm holds the camera, the other arms hold instruments for the procedure. They’ll perform cutting, tumour removal, stitching.

Sitting comfortably at a desk next to the patient is the surgeon. The surgeon is focusing on a console. The console displays a high-definition 3D view inside the cavity of the patient’s body with a magnification of three times. Everything is clear and well-lit.

Using their hands and wrists, the surgeon performs the surgery, manipulating the instruments on the robot arms. The movements of the surgeon are broken down into finer, more precise motions with greater accuracy than their hand. Due to the control and precision of the robot’s instruments, which are long, the incision sites are small, meaning the recovery time for the patient will be faster, with less potential for scarring.

Fittingly, the robot’s name is da Vinci. Introduced in 1999 by Intuitive, the da Vinci is a family of medical robots that perform various procedures in a minimally invasive manner. The da Vinci robots have performed over 570,000 operations around the world. See how the da Vinci works.

Why are there Robots in Surgery?

Robots in surgery are offering great benefits to both surgeons and patients everywhere. Rather than replacing surgeons, they aid the surgeon to perform very precise operations in a manner that is less invasive and causes them less fatigue.

The global Medical Robotic systems market has been forecast to exceed US $5 billion by 2022.

Other Robot Systems in Surgery

Da Vinci system is not the only surgical robot but is arguably the most well known. There are others, however, and they include:

You can watch some of these robots in action in this video.

One of the main barriers to adoption is cost. These robots do not come cheap, they are a significant capital outlay.

Furthermore, they also generally have very specialised usage. For example, one machine will be dedicated specifically for heart surgery, another for orthopaedic, one for eyes, liver, brain, and so on. Setting up the machine takes time.

Another barrier is the training requirement. Surgeons who use robots need many hours of training to be confident using the robot’s camera and instrumentation.

Risks of Robots in Surgery

Generally, the main risks for robotic surgery are the same as non-robotic-assisted:

A Potted History: Surgery has come a long way

The excellent TED talk by surgeon and inventor, Catherine Mohr, encapsulates the history of surgery and robotics in surgery.

For as long as 10,000 years, it is believed that humans have drilled and dug holes into the human skull in a practice known as trephination. It sounds barbaric but, astonishingly, there is archeological evidence that many of these people did survive as the skulls showed signs of recovery and new growth. The purpose has never been quite clear (whether to relieve pressure from injury, religious practice, or neurological investigation), but it seems humankind has a long history of surgery.

Head surgery continued through the Bronze age (some 4,000 years ago). Surgeons were considered more as tradesmen rather than physicians and were mistrusted and itinerant. Surgery was agonising public performance art.

Lithotomies gained in popularity due to the prevalence of painful bladder stones about 2,500 years ago. Some of these cruder public spectacles involved the ill-trained pseudo-monk Frere Jacque Beaulieu  (it’s unclear whether he was the same person given nursery rhyme fame).

In 1847 came the Morton Ether Inhaler, an anaesthetic that gave surgeons new freedom to experiment. The ability to anaesthetise patients meant that surgery could take longer and be more experimental. However, infection ensued and many people died as a result of the surgery. Sterile operating practices were unknown. It was still some time before surgeons learned that they needed to wash their hands before doing an operation, not just afterward.

More recently, the advent of keyhole surgery, such as in the laparoscopy has been a precursor to modern robotic surgery. Telescopic instruments with cameras were initially used back as the 1980s, but for diagnostic purposes. Colonoscopies are another common procedure many believe will be improved by the use of a robotic e-worm, which has been developed.

Early robotic techniques were very hard to learn. They were counter-intuitive (many operations had to be performed backwards), non-ergonomic, and surgeons lost the visual aspects and the tactile feel from their more natural hand movements.
With the da Vinci system, the wrist has been put back onto the robot, making it much easier for the surgeon to use a natural motion, which is replicated by the machine. In other words, the surgeon makes the hand motion, the robot follows that motion.

Far from replacing surgeons, robots are machines of precision designed to help surgeons with greater accuracy and control than previously possible.

In the future, it is thought that we will see flexible microscopic probes going into the body, giving the surgeon a sweeping and miniaturised view. With dyes, traces and markers, the ultimate aim is to see it all, reach it all, heal the disease, and leave the patient whole, intact and function afterward.

A collaboration of scientists have already biodegradable microrobots designed for diagnosis and cancer drug delivery. Made from engineered spirulina algae, the microrobots are fluorescent and magnetic, making them controllable remotely with magnetism.
Nanomedicine researcher Professor Kostas Kostarelos told The Sun:

A raft of innovation can see an exponential improvement to patient care, precision, and quality of life. There will continue to be many innovations that serve protective and preventative medicine, such as Apple Watch ECG and the many kinds of built-in football helmets with concussion sensors.

Hopefully, we’ll have robots to assist our surgeons in the future. What would be even better is not needing to get that far at all. 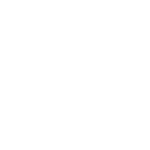 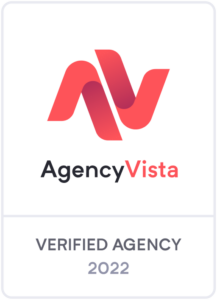 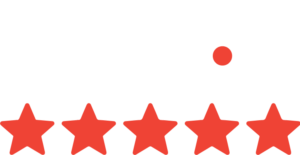