Around the world, patient demand is pushing doctors into the digital revolution. But not without some complications.

Differences in consumer and practitioner perceptions

A comparative survey of how consumers and physicians viewed new technology, including smartphones, genetic testing, privacy, and patient-accessible electronic health records, found that consumers and health professionals differed significantly in their views of emerging medical technology. More enthusiasm and support was expressed by consumers.

The study included almost 22,000 healthcare providers and almost half a million consumers. Amongst the findings, consumers “were more likely to prefer new technologies for a medical diagnosis compared with providers.”

The omnibus study was published in 2015. Since then, globally, demand from patients has risen significantly. In the United Kingdom, pressure on the NHS has seen:

It is believed that these changes are driven by a desire for convenience.

Right now in Australia, the push is not just coming from patients, but the federal government. General practices are being encouraged to register for My Health Record, a digital platform that provides centralised electronic health information for every Australian who doesn’t opt out.

Both medical practitioners and individuals can access the records, which promises to offer better-connected care. Elements of the My Health Record system include eReferrals from GPs to specialists, shared health summaries, discharge summaries, prescription and dispense records, pathology reports, and diagnostic imaging reports.

While the system offers convenience and improvements to patient care, it has not been without controversy and continues to have vocal detractors. The criticisms have been in regards to the system’s privacy and security.

Recent research found almost two-thirds of Australians want their healthcare records to be shared more effectively across healthcare providers, albeit only if there is certainty of data privacy and security.

In Australia, peak body the Royal Australian College of General Practitioners annual 2018 Technology Survey paints a vivid picture. It seems the late majority has adopted digital health technologies with a big uptick in the use of digital technology for patient work.

Eighty-seven percent of GP respondents are now entirely digital, with no supplementary paper records maintained. The number of GPs recommending apps to patients rose from 40% to 60%. Mental health, nutrition, fitness, family planning, and smoking cessation apps were the most commonly recommended. Notably, the number of GPs who rarely or never recommended apps to patients fell to 26% from 47% reported in 2017.

Surprisingly, of those who do not use mobile devices for patient work, 38% do not see how mobile technology can benefit their day-to-day practice.

The RACGP has developed  Factsheet for GPs about health apps, which contains useful information on what to consider when discussing health apps with patients.

The reasons for any delays in getting doctors digital may simply come down to change.

According to prominent American cardiologist and digital medicine researcher, Dr Eric Topol, doctors need training to upskill in order to take advantage of the new technologies.

Dr Topol was commissioned by the National Health Service in the UK to review how the workforce needed to be prepared to work with new technologies.

Ami Assigal, the Director of Practice Partners, is at the forefront of the general practice transition to digital. “Most doctors work seeing patients from eight in the morning to six at night. They don’t get a chance to find out about it [digital technologies], it’s not because they don’t want to.”

Practice Partners is an Australian-based consultancy for general practices that provides integrated IT systems, medical business coaching and consulting, and virtual practice management.

“Patients want to book an appointment anywhere, get referrals, get scripts, they don’t want to sit in a waiting room for half an hour,” she says. “Doctors only realise it’s an issue when their books are empty.” In the current climate, Ami Assigal observes how notions of goodwill are stagnant.

“Over the years, we’ve seen medical centres run by doctors who spend a lot of their time doing clinical work and have never been taught how to run a business.” Continuing with a business-as-usual approach may no longer be sustainable. “It’s going to get to the point where if you don’t do it, you’re going to be behind in the game. If patients have to go somewhere else to get what they want 82% of them won’t come back.”

For the general practices who do make the journey into the digital ecosystem, there are real benefits. For practices, which are generally running off 30 to 35% margin, benefits include lower staffing costs, less time doing practice management, better patient care through patient portals, and the ability to provide things that patients want like eReferrals,  eScripts and online bookings. Assigal believes that “By the end of this year there’ll be a big shift to cloud-based medical IT.”

End of the Medical Gaze?

In the Birth of the Clinic, Michel Foucault famously coined the term the ‘medical gaze’ to describe the power-imbalance between patient and practitioner, as well as the method of examining the body that filters out the patient’s opinion and identity.

With health apps and self-management tools, the medical gaze may be spinning out of contemporary relevance. The digital transformation is putting patients in the control seat of their own healthcare.

Alongside personalised medicine, as well as social and cultural changes, one thing seems clear. There will be more patient-centred innovation to come. 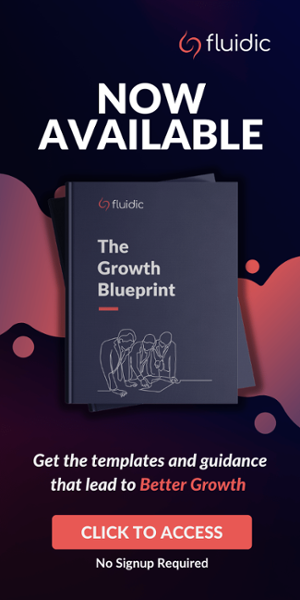